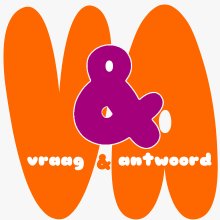 Question: Is it permissible to offer the funeral prayer for one who committed suicide?

Answer: Praise be to Allaah.

Shaykh al-Islam Ibn Taymiyah was asked about a man who claimed to be a holy man, then he saw a snake and some of the people wanted to kill it, but he stopped them, then he picked up the snake trying to do a miraculous deed, but the snake bit him and he died. Is it permissible to offer the funeral prayer for him or not?

He replied: “Praise be to Allaah, the Lord of the Worlds. The scholars and people who are religiously committed should not pray for this man and others like him, but the ordinary people should pray for him, just as the Prophet (peace and blessings of Allaah be upon him) refrained from praying for a man who had committed suicide, and one who had stolen from the war-booty, but he said: ‘Pray for your companion.’ They said to Samurah ibn Jundub: ‘Your son did not sleep last night.’ He said, ‘Was it because he ate too much?’ They said: ‘Yes.’ He said: ‘If he had died I would not have prayed for him.’ Samurah explained that if he died because he had eaten too much, he would not pray for him, because he would have killed himself by eating too much. And it is more appropriate that the scholars and those who are religiously-committed should refrain from offering the funeral prayer for this man who prevented others from killing the snake, and held it in his hand until it killed him, because he killed himself.” (Al-Fataawa al-Kubra, 3/20, 21.)

Shaykh al-Islam also said: “If a person refrains from praying for one of them – i.e., the one who stole from the war-booty, the one who killed himself and the debtor – as a deterrent to others from doing likewise, then that is good. But if he refrains from praying for him in public but makes du’aa’ for him in private, then he will achieve two ends, which is better than omitting one of them.” (Al-Ikhtiyaaraat al-‘Ilmiyyah, p. 52.)

Shaykh ‘Abd al-‘Azeez ibn Baaz was asked: Can the funeral prayer be offered for one who kills himself?

He replied: “Some of the Muslims should pray for him, as for any other sinner, because he is still a Muslim according to Ahl al-Sunnah.” (Majmoo’ Fataawa al-Shaykh Ibn Baaz, 13/162.)

And he was asked: Should one who killed himself be washed and the funeral prayer offered for him?

He replied: “The one who killed himself should be washed and the funeral prayer offered for him, and he should be buried with the Muslims, because he is a sinner, but he is not a kaafir; killing oneself is a sin, it is not kufr.

My younger brother died by hanging himself. He was only 25 yrs. old. The problem was a small tiff between my mother and himself. We are all deeply shocked and very much grieved. There are so many questions that I would like to ask you regarding this situation. Firstly, why did Allah choose this kind of death for my brother? Secondly, my father is 65 yrs old and he is very pious and my mother is extremely kind and gentle. Why did Allah show this day in their lives? Thirdly, how can we help him (my brother) who is no more? How can we see him in jannat? Can we convey our salam to him? Will our salam reach him?

Also, after we did autopsy we found out that his death was not because of strangulation but because his spinal cord broke. Actually what happened was, there was a swing made out of a cloth for my kid in the room. My brother he took a stool which was nearby and tied it around his neck saying i will take my life. My mother was in the same room, praying. We feel it was not suicide, maybe it was his anger which made him do this.

His friends tell us that he was not the kind to commit suicide. In fact he used to advice his friends against it if they mentioned it.

His funeral was also good and his face did not look like he was suffering or anything. It looked like he was sleeping and we just had to wake him up. Please reply to this as we are very troubled by this sudden demise.

Praise be to Allaah.

In dealing with these questions we must note three things, which are:

2.) We must believe that He is wise in all that He decrees, for His is the utmost wisdom in all that happens in this universe, whether we understand that or not. Indeed, much of Allaah’s wisdom cannot be comprehended by the minds of His slaves. So we must submit to Allaah, by believing that His wisdom is perfect. It is not permissible for us to object to Him, whether that means objecting to His laws or to His decrees.

3.) Suicide is a major sin and a bad end. The one who kills himself in order to escape calamities or poverty or the results of distress or anger has, by doing that, exposed himself to the punishment of Allaah. Allaah says (interpretation of the meaning): “… And do not kill yourselves (nor kill one another). Surely, Allaah is Most Merciful to you. And whoever commits that through aggression and injustice, We shall cast him into the Fire, and that is easy for Allaah” [al-Nisa’ 4:29]

Whatever happened in this case, we must refer the matter to Allaah. What appears to be the case is that what happened was suicide, because he hung himself, i.e., he tied a rope around his neck and strangled himself. So either he committed suicide or he wanted to commit suicide. And Allaah knows best.

As for the righteousness of the parents, this does not mean that Allaah will not test them with some calamities, so as to show their patience and so as to erase thereby their sins. For the believer’s whole affair is good: if something good happens to him he gives thanks for it, and that is good for him, and if something bad happens to him, he bears it with patience, and that is good for him, and this applies only to the believer. So being tested with calamities does not mean that the believer is insignificant before Allaah if he is righteous and obeys Allaah. For belief in Allaah, obeying Him and fearing Him are the means that lead to one being honoured by Allaah, and kufr, immorality and disobedience are the means that lead to one being regarded as worthless by Allaah. Whoever is tested with some calamity and bears that with patience, that will raise him in status. Calamities are of different kinds, it may be a sickness, or loss of wealth, or loss of a loved one such as a son, brother, father, husband or wife. Allaah tests His slaves with ease and with calamities, with good and bad, as Allaah says (interpretation of the meaning): “and We shall make a trial of you with evil and with good. And to Us you will be returned” [al-Anbiya’ 21:35]

If the suicide stemmed from ignorance and the person was righteous and obeyed Allaah, and prayed regularly, then there is the hope that Allaah may forgive him, for He is the Most Merciful of those who show mercy. However, if he knew of the ruling on suicide, but he resorted to that in order to get rid of a problem from which he was suffering, then there is the danger that he is included in the warning of the punishment narrated in the hadeeth. But nevertheless he was still a believer in Allaah and His Messenger and a follower of Tawheed, not a mushrik, so he is subject to the Will of Allaah. If Allaah wills He will forgive him, and if He wills he will punish him, but even if He punishes him He will eventually bring him forth from the Fire, because Allaah says (interpretation of the meaning): “Verily, Allaah forgives not that partners should be set up with Him (in worship), but He forgives except that (anything else) to whom He wills” [al-Nisa’ 4:48]

And the Prophet (peace and blessings of Allaah be upon him) said: “Everyone who says Laa ilaaha ill-Allaah (there is no god except Allaah) and has an atom’s-weight of faith in his heart will be brought forth from the Fire.”

With regard to his washing and preparation for burial, and his good appearance, that may indeed be a sign that his situation is good, that the consequences will be good for him and that he is excused and forgiven by his Lord. But we cannot be certain about any of these things, although these signs may give us hope. If the one who committed suicide was a Muslim, a follower of Tawheed and one who prayed regularly, then we can show kindness towards him by praying for forgiveness for him and asking Allaah to forgive him his sins, and to forgive him for whatever he did to himself that ended up in suicide.

With regard to what is said in the question criticizing the way which Allaah chose for him to die, this is a kind of objecting to the decree of Allaah. Allaah is the One Who decrees; He is the Creator of all things, and all things are subject to His decree. He is the Most Wise, the All-Knowing, but whatever action is done that goes against His law cannot be justified by saying that this is the decree of Allaah. Whatever happens in the universe of such events does not mean that it is permissible to object to the decree of Allaah, rather we are obliged to believe in the Divine decree and in the Wisdom of the Lord, may He be glorified and exalted.