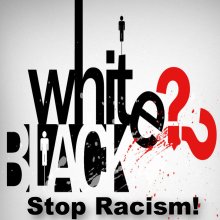 In the Name of Allah, the Most Gracious, Most Merciful

Bloodshed for freedom, onslaught for equality, speaking out against injustice, all is combined during Black History Month. This celebrated occasion in the United States represents the struggle which African Americans had to face in order to finally be recognized as having equal status as others. This success of the struggle was only achieved recently in the twentieth century. The roots of this month link back to the Civil War and slavery, which was widespread during the 1800’s.

Although, it should be noted that even after the Civil War when the confederates had lost and slavery had been “abolished,” intense discrimination against African Americans was still embedded in the heart of society. A perfect example of this racism is found in the Jim Crow Laws which were outlawed only as recently as 1964. Before this time the government did pass laws that helped limit and deal with these issues, but the real changes were brought about within the last one hundred years. However it should be seen that the blatant racism that had thrived during and after the civil war, still exists today. The Civil War, Reconstruction, and banning of certain laws ultimately failed, because we still have Blacks being killed nowadays for no reason except their race.

Timothy Stansbury Jr., a Black unarmed 19 year old male, was shot done on January 24th, 2004 in Brooklyn, New York without any justifiable cause. Black History Month focuses on the fact that such discrimination has been eliminated, but if one just looks at police reports, the media, or society anyone can tell you, that prejudice has not died. If people truly wanted to celebrate the unity which they think they have, than such a month should not exist in the first place. It serves as promotion, allowing the public to single out one specific nationality, which in itself is a form of segregation.

The direct antithesis to this concept of racism and animosity due to one’s race is found in the deen (religion) of lslam. Racism has no place whatsoever in the true believer’s heart. A basic principle in Islaam is brotherhood and the bondage among Muslims for the sake of Allah (swt) regardless of anything but one’s imaan (faith) and aqeedah (belief.) In 610 AD when Islaam first was sent down and revealed to the Prophet Muhammad (peace be upon him) the society was over flowingly dominated by tribalism. However even though this corruption existed to such a high pinnacle, the call to Tawheed (monotheism in it’s purest form) intertwined many different people from different tribes together in kindness and respect.

An epitome of the kind of treatment the Muslims have towards different races can be seen through the actions of the companions of the Prophet (peace be upon him). At a time when slavery was still part of society in Arabia the Black slave Bilal (R), owned by a polytheist named Ummayah ibn Khalaf was set free through Abu Bakr [a companion of the Prophet (saws)]. Bilal (R) had a quiet personality and only spoke out but in reply. He had gone through harsh persecution for his belief in Islaam; Ummayah ibn Khalaf would order Bilal (R) to go outside in a suit of armour during the fierce desert heat and throw his face down in the burning sand. He would not come out to aid Bilal (R), except to turn over his body. Also he had had an enormous rock put on his chest, while Ummayah would ask him if he would leave Islaam. All Bilal (R) would say in response to this callous treatment was “One, One” (referring to the one God or Allah in Arabic).

This kind of conduct can be seen today via racial stabbings and shootings. However how many people would you see trying to save the victim and how many people who would turn their heads the other way ignoring the matter? Certainly most of the public would rather become blind to this form of racism rather than taking actions against it. With this known, how can one celebrating Black History Month say that equality exists? Completely opposite to how people would react today, the closet male believer of the Prophet (saws), Abu Bakr (R) saw the torture which Bilal (R) was going through because of his faith and spoke out against it. He argued with Ummayah to cease these actions, and Ummayah replied to Abu Bakr’s (R) comments by saying “You are the one who corrupted him, so you save him from his plight!” At that point Abu Bakr (R) bought Bilal (R) for a good heavy price which Ummayah mocked him afterwards for by saying “I would have sold him to you even if you had offered me but an ounce of gold.” However the reply of Abu Bakr (R) showed his concern for his fellow brother in Islaam, even though he was a Black slave: “I would have bought him even if you had asked a hundred ounces.” After he had bought Bilal (R), he set him free, which immensely pleased both Bilal (R) and the Prophet (peace be upon him).

The significance of this story is that the manner of equality among the believers of Islaam had taken place over1400 years ago, without the help of democracy, the Civil War, or Black History Month. All that was needed to establish this unity amongst the people was belief in laa ilaha illa Allah (there is nothing worthy of worship except Allah.) Allah (S) states in the Quraan: “O mankind! We created you from a single (pair) of a male and female, and made you into nations and tribes, that ye may know each other (not that ye may despise (each other). Verily the most honoured of you in the sight of Allah is (he who is) the most righteous of you. And Allah has full knowledge and is well acquainted (with all things).” (49:13)

During February every year, Black History Month essentially celebrates the fact that slavery no longer reigns in America. Although with a better inspection of society and how it functions it can be clearly seen that slavery may not exist anymore, but racism and prejudice is still flourishing all round despite what one is taught to believe. The only course of action to eradicate racism which would produce any concrete results is through unity under the banner of laa ilaha illa Allah.

Through Islaam a strong foundation is created amongst the believers to worship Allah (swt) alone and to sincerely care for one another regardless of ethnicity. Abu Musa reported Allah’s Messenger (saws) as saying: “A believer is like a brick for another believer, the one supporting the other.” (Saheeh Muslim, Book 32, Number 6257.)

On the Day of Judgment we will not be judged by our race, but by our intentions and what is in our hearts. Therefore one should not be concerned with trivial matters such as nationality. More ever we should occupy our time worrying whether or not Allah (swt) is pleased with us. “We only fear a Day of distressful Wrath from the side of our Lord.” (76:10) 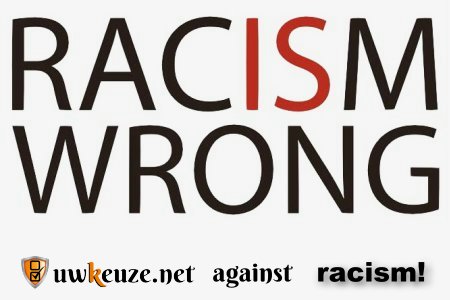 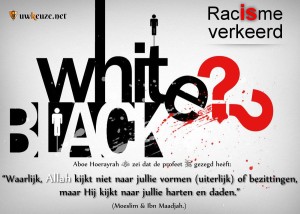