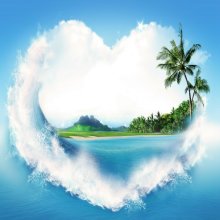 Some time ago, I gave a series of lectures on taharah (cleanliness) to the sisters in my community. A number of questions were raised from the discussion. It was nice and a very open talk since the one giving the lecture was a female herself. The sisters felt quite comfortable asking questions, in detail, that they normally feel shy about.

One of the matters that we discussed was about the exact nature of female wet dreams. I realized that this issue is not only complicated for sisters but also a much neglected subject. This is why, I decided to have a full entry on this topic, for a number of reasons:

This matter is not as simple and clearly distinguishable for sisters as it is for brothers, so it must be thoroughly explained.

There are a number of lectures given from shayukh to the brothers, in detail; however, rarely do we ever hear any shariah explanation for sisters, in detail.

Mothers feel shy talking to their daughters about it. In which case, if the young daughter experiences a wet dream, she may not know the shariah ruling on it or how to purify herself afterward.

Hence, I decided to contribute this piece, along with the help of a professional Gynecologist, Dr. Fatimah Lalani and Shaykh Yasir Qadhi, so it may help and benefit all the sisters who read this.

Wet dreams are as normal for women as they are for men. Although, the frequency may be lower compared to men, nonetheless, the occurrence of wet dreams among women does not indicate any abnormality.

Therefore, if a girl/woman sees a wet dream, it does not mean that she is sexually perverted, lewd or immodest in any sense. It is out of her control, especially for younger girls who may be experiencing many hormonal changes in their bodies. In fact, the shariah itself recognizes wet dreams as a sign of puberty.

The same term, al-hilm, is used for both puberty and wet dreams, marking wet dreams an indication of puberty.

Besides, Allah azzawajal created wet dreams as an outlet for men and women to release their sexual energy. It happens as a result of human nature which Allah azzawajal has created Himself and no blame can be put on a person. Moreover, since wet dreams happen during sleep, while a person has no control over himself/herself, the shariah frees a person from any blame.

The Messenger of Allah, sallallahu alihi wasalam, said: “The Pen has been lifted from three: from the one who is sleeping until he wakes up, from the child until he reaches the age of puberty, and from one who is insane until he comes to his senses.” (Tirmidhi)

Also, keep in mind that the Prophet, sallallahu alihi wasalam, did not reprimand the woman who had a wet dream, neither did he declare it “abnormal” for women. Rather, he made it quite clear that women can have wet dreams just like men do and there is no oddity or incongruity with it.

And so, I want to remind the parents and the husbands to educate themselves on this subject before making any hurtful or psychologically damaging remarks to their womenfolk. This matter is as normal among women as it is among men.

Having said this, I want to encourage mothers to inform and educate their daughters about such dreams. Do not underestimate what others are capable of teaching your daughter, including her friends (inside or outside the schools, Muslims or non-Muslims) or even teachers. Even if they do not attend the “sex-Ed” class at the school, I can assure you that they will be taught by their fellow students. Most of my teen students learned about these issues from their classmates during 3rd and 4th grade. That was about ten years ago and over the time; our society has only become more corrupted.

It is best that a daughter hears and learns this information directly from her own mother rather than from someone else educating her in school or in the streets. A mother’s education is sincere, pure, and free of any vulgarity. Besides, a Muslim mother can/should always point out the Islamic recognition of the normality of our body functions and the shariah rulings about it.

Do not wait until your daughter asks you, because she may never ask you. This is a step that a mother has to initiate and be the first to “break the ice.” My suggestion is to explain exactly what happens during a wet dream, next give her the biological/hormonal cause, and then explain to her the Islamic ruling about it. Make your daughter feel comfortable, do not pass any embarrassing comments, put a smile on your face but be precise.

Also, do not wait until her menstrual cycle starts. It is better to educate her once the signs of puberty start appearing in her. During my discussion with Dr. Lalani, I asked her if a girl could have wet dreams before she has her first menstrual cycle. And she replied:

“Yes I suppose it is possible. Puberty is a continuum and can begin around age 9-10, starting with development of breasts, pubic and underarm hair, a growth spurt, and then menses. Throughout this time you have hormonal changes, so I suppose you could have a wet dream, prior to onset of menses.”

It led to my other question: Can wet dreams in itself mark the onset of a girl’s puberty (balagha) making her accountable for her religious obligations like fasting and hijab? Of course as any fiqhi matter, this too, had ikhtilaf (difference of opinions). I do not intend to defend one opinion or the other, but I will briefly mention both opinions.

Those scholars, who support the opinion that wet dreams are an indication of a girl reaching the age of puberty, base their opinion on the signs of male puberty and do not make any distinction between the two genders; they include menstruation as an additional sign for females.

However, the other opinion is inferred from a number of ahadith that state that the rulings are to be established at time of menstruation, like the hadith of the Prophet sallallahu alihi wasalam:

“Allah does not accept the prayer of a menstruating woman [i.e who has gotten her menstruation] unless she wears a veil [khimar].” [Abu Dawood, at-Tirmizi]

To conclude, since the female wet dream may or may not be accompanied by a discharge, contrary to that of men, I posed a few questions to the Shuyukh based on the discussion I had with other women and I received following answers from Sh. Yasir Qadhi:

These answers are by Sh. Yasir Qadhi:

To be honest we rarely find such DETAILED discussion in fiqh books, most likely because men are not as familiar with this topic as they should be. However, based on the hadith of the Prophet, sallallahu alihi wasalam, I would say that:

Question: If a woman sees a sexual dream but is confused whether she had an orgasm or not, what should she do? (Please keep in mind that female genital area is always wet, and they do not necessarily always have extra discharge upon orgasm, so the matter is not as easy to discriminate as for men)

Answer: The ‘asl (original) is that she has not had a wet dream, so until there is yaqin (certainty) she does not have to take a bath. Therefore, if she does not remember an orgasm, and her private area is not extra wet, she doesn’t have to do ghusl (bath).

Question: If she sees extra vaginal discharge but is sure that she didn’t have any dream of sexual nature at all?

Answer: Vaginal discharge does not necessitate ghusl, no problems here.

Answer: She must have yaqin (certainty) or at least a very strong presumption that she’s had a wet dream (which includes an orgasm).

I received some private questions regarding this article. As much as I would love to answer them back privately, I see much benefit of putting the answers in this section.

1.) Explain the wet dream in exact words as if you were to explain it to your daughter.

2.) How do you explain exactly what happens during a wet dream? Does a female wakes up feeling wet (many females have vaginal discharge all the times), or does it have to be accompanied by an orgasm?

3.) How do you explain orgasm to your non married daughter?

4.) Is orgasm different from the initial vaginal throbbing sensation that one feels when one has been aroused?

Before we proceed, I want to mention that I was amazed at the level of shyness sisters feel in asking questions. I asked some of them to post these questions in the comments anonymously for the benefit of all the readers. BUT they felt too shy to even pose the question with a complete anonymous name/email.

Let us remember, as one of the shayookh on board, quoted: “No shy or arrogant person will ever seek knowledge.”

Keeping this in mind, and insha’Allah for the benefit of all my sisters-in-Islam, I posed these questions to a few sisters I trust, and below is a collated reply from them:

1.) It is a dream where you might see yourself or some other girl with some guy. And you might see the two kissing, hugging, touching each other and doing all sorts of romantic stuff. Seeing that dream will make your heart beat go faster and you will feel strong tingly sensation in your vaginal area. This may wake you up from your sleep.

It is not as simple to explain the orgasm in words. It is a strong sexual sensation that sends waves of pleasure from abdominal area to vaginal area, which makes a woman arch her back a bit and perhaps want to thrust her pelvis spasmodically. There is also a strong sensation to touch or rub the private area or to take something inside the vaginal area specifically. A woman will feel fulfilled and satisfied with an immediate drop of tingling in vaginal area and all sexual sensations.

It is important to note here though that sometimes a female may wake up in the middle of the dream, before having an orgasm. It is not allowed at that point to use one’s own hands or any instrument to insert or rub vaginal area to reach orgasm and feel satisfied. Whatever happened up to the point where a person wakes up is out of her control; however, what is done consciously is subjected to accountability.

Similarly, once a sister saw her young daughter (around 7) using the shower massager on her private areas while taking a shower. She explained to her mother that it felt good.

2.) It has to be accompanied by an orgasm. Please see the questions answered by Sh. Yasir in the post.

3.) Explained above. Also, parents should take some time reading some material over this subject. There are books that can be checked out form the library. Or even more conveniently, there is material available on the internet. A simple Google search will lead you to many websites. However, you will have to filter that to appropriate information and in mild terms. (Note of uwkeuze.net: take care that you will not see indecent pictures on these websites.)

4.) Yes, definitely. Orgasm is not the state of sexual arousal, but that of pleasure. Arousal results in vaginal throbbing; but orgasm is an intense feeling which leaves a person satisfied. Please see point 1. Initial vaginal throbbing sensation can be felt by thinking about sex, foreplaying etc. but orgasm is more than just the vaginal throbbing. One clear way of distinguishing between the two is that orgasm is followed by an immediate cease of all sexual sensations and leaves a woman exhausted and drained.