Fear Allah as He should be feared! 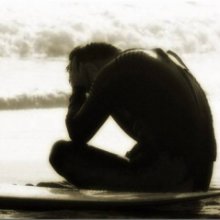 It is essential to know that sins and acts of disobedience are, necessarily, very harmful. Their harm effects upon the heart are akin to the harmful effects of poison upon the body, though the effects vary in their levels and intensities. So is there any evil or harm in this world, or in the Hereafter, except that it is due to sins and disobedience?

So what was it that expelled the two parents [i.e. Adam and Eve] from Paradise; the home of delight, bliss, splendour and joy; to the home of pain, sorrow and misfortune?

What was it that expelled Iblees [i.e. Satan] from the heavenly realms, causing him to be rejected and cursed; transforming him both inwardly and outwardly, so that his form became ugly and hideous – his inner form more hideous than his outer – replacing his nearness with remoteness, mercy with curse, his beauty with ugliness, from being in Paradise to being in the blazing Fire, from having faith to being an unbeliever, from having the patronage and friendship of Allaah, the Praiseworthy Guardian, to being the greatest enemy and opponent, from glorifying and praising Him to committing acts of unbelief, shirk, lies, deception and shamelessness, from being adorned with faith to being clothed in the garment of unbelief, sinfulness and disobedience, causing him to reach the deepest depths of despicability, plunging down in the sight of Allaah as far as it is possible to plunge; causing the anger of Allaah the Exalted to be upon him, making him an outcast – despised and humiliated – so that he became a leader for every sinner and criminal, becoming pleased with leadership for himself, after having reached the station of worship and nobility? O Allaah, we seek refuge in You from opposing Your command and falling into what You have forbidden.

What was it that caused the people of the earth to drown, to the extent that the water rose above even the mountaintops?

What was it that caused the violent winds to overcome the people of ‘Aad, such that it flung them down dead upon the face of the earth – as if they were lopped-off palm trunks – and it destroyed whatever dwellings and crops it came across, thus making them an example for nations until the Day of Resurrection?

What was it that caused the piercing shrieks to be set loose upon the Thamood people, such that their hearts were severed within their very bodies, by which they all perished?

What was it that caused the town of the homosexuals to be raised up and turned upside down, such that they were all destroyed? Then stones from the sky pelted down upon them so that they suffered a combined punishment, the like of which was not given to any other nation! And for their brothers will be its like; and it is not far off from the transgressors!

What was it that caused the clouds of punishment to overcome the people of Shu’ayb, such that when these clouds were above their heads it rained scorching fire upon them?

What was it that caused the Pharaoh and his people to be drowned in the ocean, and caused their souls to be transported to the Hellfire, so their bodies drowned and their souls burned?

What was it that caused Qaaroon, his dwelling, wealth and family to sink down into the earth?

What was it that caused the destruction of those generations after Noah, and how they were afflicted with various punishments that caused their annihilation?

What was it that caused the destruction of the companions of Yaa Seen, with the clamorous shout, which destroyed them?

What caused there to be sent against the Children of Israa’eel enemies of great strength and might, plundering their homes, killing their men, enslaving their women and children, burning their dwellings, seizing their wealth, and then returning again a second time, destroying what was rebuilt after the first onslaught?

What was it that caused the various types of punishments to be set loose upon the Children of Israa’eel? Killing them, enslaving them, destroying their land and at times causing them to be oppressed by kings, whilst at another time causing them to be transformed into apes and swines – and finally the Lord took an oath that: “He would certainly keep on sending against them, until the Day of Resurrection, those who will inflict themwith a humiliating torment.” [Soorah al-A’raaf 7:167]

Imaam Ahmad said: al-Waleed ibn Muslim related to us; that Safwaan ibn ‘Amr related to us; that ‘Abdur-Rahmaan ibn Jubayr ibn Nufayr related; from his father, who said: “When Cyprus was conquered and its people were dispersed and they started weeping to each other, I saw Abud-Dardaa sitting alone and weeping. So I said to him: O Abud-Dardaa! What makes you weep on this day that Allaah has granted strength and honour to Islaam and its people? So he said: Woe be to you O Jubayr! How insignificant the creation becomes to Allaah when they turn away from His command. In front of us is a nation who were evidently powerful and who had dominion, yet they abandoned Allaah’s command, so look what has become of them.” [Reported by Imaam Ahmad in az-Zuhd (1/86) with an authentic (saheeh) chain of narration; as stated by Shaykh ‘Alee Hasan al-Halabee in his verification of the book. (p.67)]

‘Alee ibn al-Ja’d said: Shu’bah ibn ‘Amr ibn Murrah informed us; I heard Abul-Bukhtaree say: I was informed by someone, who heard the Prophet (saw) saying: “The people will not perish, until they have no excuse left for themselves.” [Reported by Ahmad (4/260) and Abu Daawood (no.4347) with an authentic chain of narration.]

Imaam Ahmad reports in his Musnad, from the hadeeth of Umm Salamah, who said: I heard Allaah’s Messenger (saw) saying: “When acts of disobedience become widespread in my ummah, then Allaah may send punishment upon them all from Himself.” So I said: O Allaah’s Messenger! Even if there are righteous people amongst them that day? So he replied: “Indeed!” So I said: How will that be? He replied: “They will be afflicted with what afflicts the people, then they will move on to the forgiveness of Allaah and His good pleasure.” [Reported by Ahmad (6/304) and one of its narrators is Layth ibn Abee Sulaym, who is weak. However the hadeeth is established due to further supporting narrations. Consult Silsilatul – Ahaadeethus-Saheehah (no.1372) of Shaykh al-Albaanee.]